My experience during my 3 weeks NYSC camp. I still have a few months left to serve. I would be writing about some of the things that happened.

I camped in Shagamu, Ogun State. One of the best camps in Nigeria , It was called the 5 star camp. No doubt , the camp was very neat and organized. I arrived at ogun a day before the camp was meant to commence , as per early bird. Honestly , I did not want to serve or rather be here for 3 good weeks. I just had to adapt for the whole 3 weeks.

We were distributed into different Platoons (1-10) . I was in Platoon 1.  We were given kits , outfits to wear all through our stay ( white shorts, white tops, khaki set, white sneakers, jungle boots and a cap) but i was unable to get my size. My Khaki was big, I mean two people could fit perfectly inside with the size i was given .. no jokes! i was not just swimming in it , your girl took a dive in it .

we could have just reported a missing case because I was nowhere to be found in that outfit. It was a big No for me and the Jungle boots were just made for “big foot”. ( I swapped with friends later on ).

Our daily routine consisted of the soldiers waking us up as early as 5am , so that we could be at the parade ground before 6am for morning devotion. so we wake up around 4:30am to have our baths ( its your choice) and dress in our whites (white top , white shorts , white socks and white shoes). Most people sleep in their whites while some people wake up as early as 3am to paint their faces. At the parade ground , we have christian/muslim prayers , devotions, anthems ( Nigerian anthem , NYSC anthem & Ogun State anthem), important information and activities for the day.

The first week of camp , all we did was March. The first day i was happy about marching because it felt like i had joined the Army but this was when i realized…

The marching never stopped , we marched all day long , literally we marched “under the sun and in the rain”. I  joined the first parade for the opening ceremony , standing under the sun for about 1hour 30 minutes. It was really HOTTT and then i became shadow girl.

After the first parade, I stopped marching. who marching EPP! well some people were promised that they will get good posting if they joined the parade but it was all lies. I later joined different activities like; Karate, Volleyball and Athletics.

Food is life but camp food was not. Although it was free , the food was a big disaster. So i had to start buying from “Mami Market”. Mami Market is a place where you buy food, toiletries, basically anything you need. I started eating from Mama Put (local food) , the food was okay but I got food poisoning the next day. I had to go to the clinic to get drugs for that.

The Mami Market is also where big boys and big girls go to , to have fun. There is a bar there, they only sell beer and no liquor , so you can turn-up from 6pm till 10pm , 10pm is lights out.

P.s The vendors in camp try to exploit by all means.

Overall , I made it through 3 weeks in camp but it was not easy,  I lost a bit of weight but then again it gets you prepared for different situations in life. 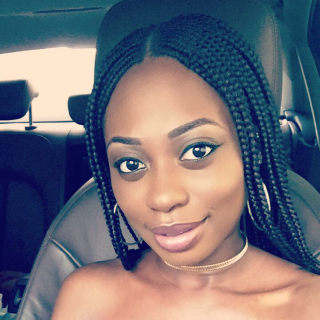